Epidemiological studies have consistently shown a negative correlation between the frequent intake of nuts and the incidence of coronary heart disease (CHD). 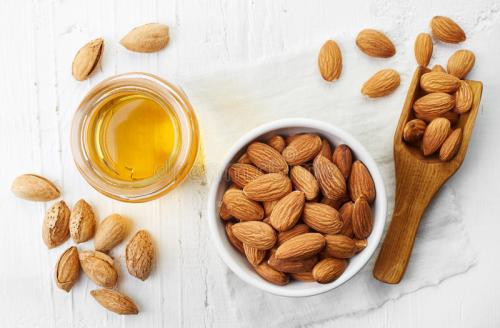 A total of 21,454 US male physicians registered with the Institute of Health were selected for the survey and 17 years of follow-up investigation. After controlling for known cardiovascular factors and other eating habits, I found that eating nuts twice a week or more nuts (peanuts, walnuts, almonds) with little or no nuts, heart attack mortality and crown The overall mortality of heart disease decreased, with RRs of 0.53 and 0.70, respectively, and 95% confidence intervals were (0.30 to 0.92) and (0.50 to 0.98), respectively. The survey showed a negative correlation between nut oil and total mortality of coronary heart disease, mainly to reduce the risk of sudden death from heart disease.

In addition, a survey of the frequency of intake of nuts and other foods in 34,111 menopausal women was conducted for approximately 12 years, during which 3,726 women died and 657 died of CHD, adjusting for age, smoking and other traditional risk factors for coronary heart disease, etc. After confounding factors, women who found more than 2 nuts per week had a 20% lower risk of dying from CHD than women who ate less than 1 nut per month. Correlation, with an RR of 0.88 and a 95% confidence interval (0.77 to 0.99, P = 0.047), the results suggest that nuts can help menopausal women fight all risk factors for death and coronary heart disease.

Clinical investigations have shown that certain special foods in the diet have a protective effect on the heart. In the vegetarian population, nuts may exert the strongest protective effect. Similar findings were found in other population surveys, which clearly showed that the effect of nuts strongly protecting the heart was similar to that of lipid-lowering drugs. Studies consistently show that eating nuts within a few weeks can reduce LDL by 10%.

It is estimated that daily intake of large amounts of nuts to replace saturated fatty acids may reduce the risk of coronary heart disease 45. Current research does not identify which particular nuts may play an important role, but speculates that walnuts may have the greatest effect. The current mechanism for nuts to prevent cardiovascular disease has not been fully recognized.

Regulation of blood lipids is an important mechanism for reducing cardiovascular disease. Nutrients such as arginine, vitamin E, folic acid, dietary fiber, potassium, magnesium, tannic acid and polyphenols are known to have protective effects on cardiovascular diseases, but the contribution of protection is still poorly known. .

For example, dietary fiber can reduce serum LDL cholesterol levels, tocopherols have antioxidant effects, folic acid can reduce blood homocysteine levels, low magnesium and ventricular arrhythmias. Regular intake of nuts can increase the level of the above nutrients in the body.

A 30-week cross-intervention trial was conducted on 15 volunteers with normal blood lipids. The first 8 weeks of diet provided 2100 (+570) J of peanuts, and the next 3 weeks increased the same amount of peanuts for another 8 weeks. Replacement with other equivalent amounts of fat revealed that dietary fiber, magnesium, folic acid, alpha-tocopherol, copper and arginine were all increased in all test groups.

An interventional trial was conducted on the dose-response relationship between tocopherol and red blood cells in tocopherols. The study consisted of 16 healthy men and women (28-54 years old) who were given different doses of almonds, which accounted for 0, 10 and 20 of the total dietary energy, respectively. It was found that almonds can increase the concentration of red blood cell tocopherol.

In addition, 6080 (45-84 years old) subjects in the United States were studied for the relationship between inflammatory biomarkers (C-reactive protein, interleukin-6 and fibrinogen) in the serum of patients with nuts and atherosclerosis. The number of nut intakes per week is used to determine the nut intake of the participants. After adjusting for confounding factors such as age, gender, and ethnicity, it was found that the above indicators showed a downward trend, indicating that the intake of nuts was related to the level of inflammatory biomarkers, which explained to some extent the intake of nuts and the incidence of cardiovascular diseases. Negatively related reasons.

Studies have also shown that walnuts can improve endothelial vasodilation, which provides new discoveries that nuts can lower cholesterol to protect the heart. It is reported that even if the walnut does not change the total blood lipid level, it can effectively change the distribution of lipids in various lipoprotein subclasses. This may be an additional mechanism by which nuts can resist atherosclerosis.