At home and abroad, epidemiological investigations and nutritional experiments have found that nuts and their oils play a health role in regulating blood lipids, reducing the risk of cardiovascular disease and diabetes, and anti-oxidation. 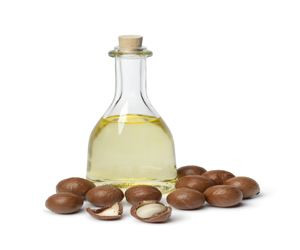 With the deepening of medical research and people's demand for health care products, nuts and their oils will become an indispensable part of people's diet. Therefore, we should pay attention to the comprehensive utilization of nut resources in China and accelerate the development of nut health products to meet People's healthy consumer demand. This article mainly reviews the health effects of nut oils.

Both crowd testing and animal testing have confirmed that peanuts, walnuts, almonds and other nuts rich in unsaturated fatty acids can lower blood lipids. ZIBAEENEZHAD et al conducted a case-control study on 52 volunteers. Group A ingested walnuts, 20 g d, and group B served as a control group. Serum triglyceride (TG) and high-density lipid were measured at 0, 4, and 8 weeks. Protein (HDL) and low density lipoprotein (LDL) levels. As a result, serum TG was decreased by 17.1% in group A and by 9% in HDL. The results show that daily intake of nuts can lower TG levels and increase HDL levels.

Studies have shown that about 50 to 100 g of nut per day or more than 5 times a week, the energy is about 35% of the total fat production of a healthy diet, which can significantly reduce normal or high blood lipids in human TC and LDL cholesterol levels.

Nut oils such as walnut oil and peanut oil are high-quality vegetable oils. The content of essential fatty acids such as linoleic acid and α-linolenic acid is higher than animal fat, and the content of vitamins and minerals is also high. The value is better than animal fat. Some studies have found that they can also reduce blood lipids.

Sixty high-lipid residents were selected as subjects and randomly divided into two groups. Group A (n = 29) was given a 500 mg walnut oil capsule, 3 g d for 45 days, and a control group B (n = 31) was given a placebo. Results The plasma TG concentration in group A was 19% to 33% lower than that in group B, indicating that walnut oil is a good anti-triglyceride natural drug therapeutic. It is reported that peanut oil can lower the blood LDL-C level of middle-aged and elderly people and increase the level of HDL-C, which has a protective effect on cardiovascular disease risk. In addition, animal studies have shown that walnut oil can significantly reduce blood lipids and reduce the risk of arteriosclerosis.

Previous page:  Double low rapeseed oil nutrients
Next page:  Advances in research on the health effects of nuts and their oils (2)
All Products Contact Now