Microwave drying machinery technology for corn oil is mainly based on the use of external mechanical pressure to squeeze out the oil from the oil material. The oil production method for oil crops is the pressing method. 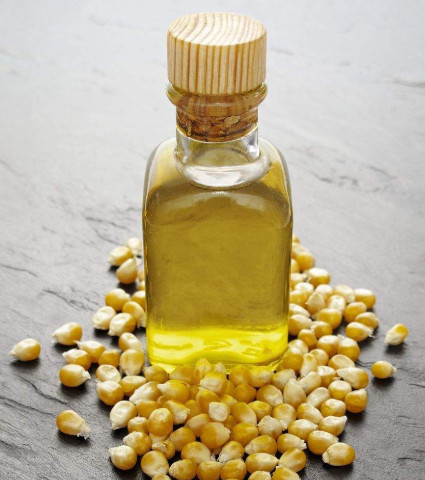 Compared with other oil products, the corn germ production process, equipment and operation technology are basically the same. The process of preparing oil quality includes cleaning, drying, softening, rolling, steaming, oil extraction and refining. Series process. In this process, the main purpose is to separate the endosperm and the skin from the corn to avoid the influence of the substances on the oil yield and the quality of the oil. The softened water is usually 10%~12%, the temperature is controlled at 60 °C, and the softening time is controlled at 15~20 min.

In the process of rolling the embryo, the thickness of the green sheet should be controlled after rolling, and the requirements for moisture and steaming temperature should be differentiated for different purity blanks. Usually, the temperature of steaming should be The purity of the blank is increased and the water content is increased accordingly.

The leaching method mainly adopts the extraction principle. In the process of taking oil, the solvent is used to separate the relevant components in the solid material. The main process of the leaching method is to immerse the pre-squeezed cake in a selected solvent so that the oil can be dissolved in the solvent to form a mixed oil. After the mixed oil is prepared, the mixed oil and the solid residue can be separated, and the mixed oil can be evaporated and stripped according to different boiling points, thereby maximizing vaporization of the solvent into steam and separating from the oil to finally obtain the fat. . The solvent vapor can be used after being condensed and cooled and recovered. Since the hydrazine contains a certain solvent, it can be dried after being subjected to desolvation and drying treatment, and the solvent vapor volatilized during the desolvent drying is condensed and Continue to use after cooling and recycling.

The supercritical C02 fluid extraction method mainly refers to the fact that in the supercritical state, the CO 2 fluid lacks a distinct gas-liquid interface, so that the gas density is close to the liquid density, and finally the gas-liquid critical state. The property is between the gas and the liquid. At this time, the supercritical fluid is contacted with the substance to be separated, and the polar, low boiling point and different molecular weight components can be selectively extracted sequentially. In addition, in the process of supercritical CO 2 fluid extraction, the oil extraction method is a combination of extraction and separation process, which effectively utilizes the free diffusion between CO 2 gas and liquid, so that it can be supercritical. The oil in the corn germ is extracted, so that the oil can be effectively separated.

In recent years, a new oil recovery method for the extraction process of corn oil has been adopted. The extraction process mainly comprises pulverizing the oil to a certain particle size and then adding the corresponding hydrolase to decompose the hemicellulose, lignin and cellulose of the germ cell wall by enzymatic hydrolysis, thereby effectively releasing the oil. In the process of extracting corn oil by water enzymatic method, the raw material is corn germ. In the process of enzymatic extraction of oil, the effect of corn pH value, germination rate, enzyme dosage, water treatment time and enzyme type on oil extraction rate is studied. A certain analysis.

With the further development of technology, the extraction process of corn oil in China is expected to be further developed. Corn oil belongs to the emerging high-nutrient edible oil variety. With the improvement of consumer level and health awareness, corn germ oil has broad market prospects in the future.