Effect of refining process on flavor compounds of flaxseed oil 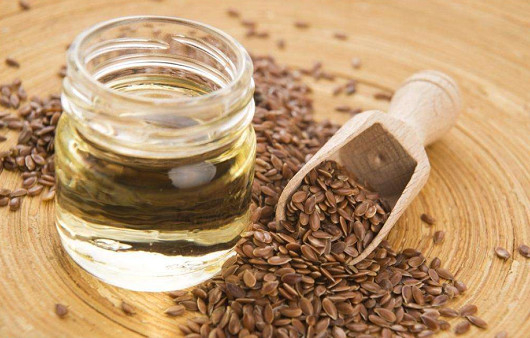 Flaxseed oil is one of the known vegetable oils with the highest content of omega-3 fatty acids. Alpha-linolenic acid is a necessary fatty acid in human body and alpha-linolenic acid has the functions of lowering blood fat, delaying thrombosis, anti-inflammatory and anti-cancer, increasing brain cell substances, improving cognitive ability, improving eye diseases, enhancing insulin function and enhancing insulin function. Prevention and treatment of diabetes and so on.

As an important source of polyunsaturated fatty acids, flaxseed oil is naturally important to study its nutritional characteristics, but as an important edible oil, its flavor research should also be paid enough attention.

Hot pressing: refers to the oil after cooking or cooking after physical suppression. This is a relatively traditional crushing process with high oil production.

Cold pressing refers to the extraction of flaxseed oil under the great pressure of physical machinery at low temperature. Therefore, it is called cold pressing. It has not undergone the traditional high-temperature frying or cooking process, so the oil is still distributed in undeformed protein cells, contains a very rich flaxseed ingredients (linolenic acid and other nutrients).

Some studies have used headspace solid phase microextraction (HSSPME) combined with gas chromatography-mass spectrometry (GC-MS) to analyze the volatile components of some vegetable oils, such as sesame oil and rapeseed oil, etc. [5-10], others have compared and analyzed the volatile components of cold-pressed and hot-pressed flaxseed oil [11-13], but there is still no analysis of the flaxseed oil before and after the refining process. Comparison of flavor compounds between crude oil and refined oil

The content of flavor compounds in crude oil and product oil was determined and compared under the conditions of adsorption temperature 60 C, sample volume 5 mL, adsorption time 30 min, initial temperature 40 C, holding for 2 min at 4 C/min to 160 C for 1 min, and then 5 C/min to 225 C for 5 min. In the refining process, the toxic and harmful substances such as heterocyclic compounds in flaxseed oil are greatly reduced, but the flavor is also significantly reduced. Flaxseed oil is rich in alpha-linolenic acid, which has many physiological functions, such as reducing blood lipid, anti-inflammatory and anti-cancer. However, how to remove the harmful substances and irritant odor substances from flaxseed oil while retaining its characteristic flavor to the greatest extent remains to be further explored and improved.