Application of Cereal in Sports Nutrition Food in China（1）

Athletes, fitness enthusiasts, etc. often consume a lot of physical energy during exercise, and need to consume sports nutrition food to restore their physical functions. Grain is a general term for rice, wheat, millet, soybeans and other miscellaneous grains, and is rich in nutrients. 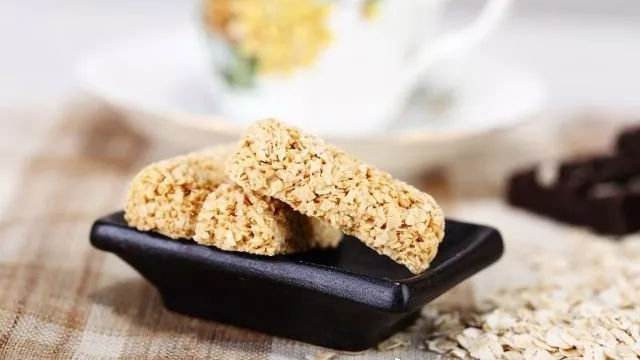 With the continuous improvement of living standards, cereals have become the main consumer goods of people's daily diet. According to the data of the National Grain Exchange Center, all kinds of grain and oil were sold through the national grain electronic trading platform of 78.172 million tons, a year-on-year increase of 102.9%, and the turnover was 136.42 billion yuan, a year-on-year increase of 61%. Cereals are divided into staple foods and miscellaneous grains, but most people still use staple foods as their main purchases, while miscellaneous grains are relatively low in consumption due to their taste and other reasons.

In fact, some cereals are significantly better than the staple food in terms of nutrients. China's latest version of the dietary guidelines also mentioned that it is necessary to pay attention to the reasonable mix of thickness, often ingesting some miscellaneous grains, which is beneficial to the health of the human body. Studies have shown that cereals are rich in nutrients and can be used as raw materials for the production of sports nutrition foods.

Grains include rice, wheat, millet, soybeans and other miscellaneous grains. Among them, grains include: barley, sorghum, oats, buckwheat, coix seed, and cowpea, mung bean, red bean, cowpea, broad bean, pea, black bean and so on. Cereals are characterized by short growing seasons, extensive plantings, and generally rich in nutrients. China has abundant grain resources and can be divided into four categories according to varieties: cereals, miscellaneous beans, and oils.

The protein content of cereals is between 8% and 12%, but there are also some varieties that reach about 20%, such as red beans and sesame. Most cereal grains have a relatively high protein content in the outer layer, but we usually eat rice and flour that have been removed from the outer skin, and the protein content is greatly reduced. Therefore, in the daily diet, different food varieties should be mixed or eaten with meat and meat to increase the physiological value and utilization value of cereal protein.

Nutrition believes that the best diet is actually a balanced diet. The same is true for food intake. Eating only rice and wheat flour does not meet the principle of balanced diet. Therefore, on this basis, some miscellaneous food items, such as millet, buckwheat, sorghum, oats, etc., are used in the diet to achieve the meal. Balance.

Previous page:  Application of emulsifier in peanut butter processing
Next page:  The application of cereals in sports nutrition foods in China (2)
All Products Contact Now