Comparative Study on Characteristics of Popcorn in Different Kinds of Wheat

Popcorn is a whole grain food that is made by expanding grain kernels by airflow and has high nutritional value.

Whole grain foods have received much attention because of their natural and healthy characteristics. Studies have shown that whole grain foods are rich in dietary fiber, which can effectively reduce the incidence of heart disease, type 2 diabetes and obesity. The US Dietary Guidelines for 2010 indicate that it should increase the intake of whole grains and reduce the number of fine food products. intake.

Popcorn is a puffed product formed by whole grain grains as a raw material and undergoes a series of physical and chemical changes under the action of air-expansion. In the process of puffing, the loss of nutrients is less, and the original components of the grain are greatly preserved. Whole grain products 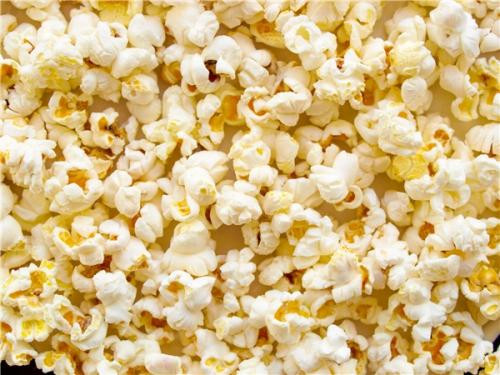 At present, the raw materials for making popcorn through the popcorn machine are mainly corn kernels, and the commercial popcorn varieties are mostly popcorn, and some home-made popcorn raw materials are ordinary corn. The variety of raw materials and product types are single. Wheat is the second crop in the world for grain production, but research and applications in wheat popcorn have rarely been reported. Special varieties in wheat -- black wheat is rich in essential amino acids, trace elements, essential fatty acids, wheat melanin and dietary fiber. Most of these nutrients are found in the cortex, which is usually peeled off by traditional milling techniques to obtain flour, leading to nutrition. Material loss, resulting in waste of resources.

The air-expansion processing technology changes the physical structure of the original tissue of wheat and becomes loose. The fiber structure in the cortex changes, and the loss of nutrients is greatly reduced. After consumption by the human body, it can increase the intake of nutrients, especially trace elements and dietary fiber, prevent atherosclerosis and diabetes, reduce radiation, lower blood sugar, prevent obesity, treat intestinal diseases and constipation, and maintain tissues and organs in the body. Normal physiological function. In the study of purple corn popcorn, it was found to be rich in anthocyanins, which has good anti-oxidation and disease-preventing effects.

In order to develop a new series of puffed wheat products, enrich the variety of snack foods such as popcorn, and explore a new way, it also provides a theoretical basis for the redevelopment of new wheat products.