The trend of breakfast cereals in China

Polysaccharide is a soluble dietary fiber with biological activity, which can effectively reduce serum and plasma cholesterol and postprandial blood sugar levels. Therefore, it has health care function for patients with diabetes and hyperlipidemia. 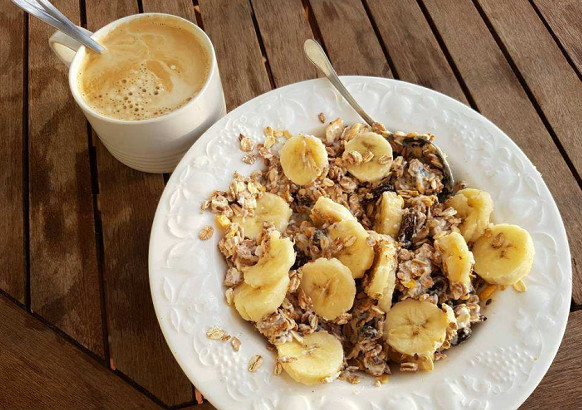 Domestic research on breakfast cereals started relatively late, until recently it gradually became a research hotspot. Most scholars focus on the optimization of processing technology for different ingredients of breakfast cereal. The effects of processing parameters such as corn flour content, moisture content, barrel temperature and screw speed on the quality of breakfast cereals were studied. The sensory evaluation, extrusion degree and gelatinization degree were taken as the objectives to obtain the optimum processing parameters: 82% corn flour content in raw materials, 16.8% moisture content in raw materials and 16% extrusion temperature. 1 C, screw speed 112R / min.

Problems and development trend of breakfast cereals in China

(1) In China, the public lacks a correct understanding of breakfast cereals, especially their rich nutritional value and significant functional value, and their publicity is insufficient.

(4) Compared with developed countries, China's milk production and per capita share are relatively scarce, which limits the development of breakfast cereal industry to a certain extent.

(5) China is rich in grain resources. It is rich in oats, corn, sorghum, millet, buckwheat and other grains. From the point of view of nutrition, breakfast cereals will be more inclined to compounding in the future. In addition, cereals lack the essential amino acid lysine, which can be added to legume proteins, such as soybeans and red beans, so that the composition of amino acids is more reasonable and conducive to absorption.

(6) The sugar or salt content of traditional breakfast cereals is too high. In order to reduce the cost, some manufacturers use a lot of cheap dextrin, which makes the blood sugar of consumers rise quickly after eating, which is not conducive to health. In the future, some functional oligosaccharides and sugar alcohols will be used instead, which will not only give breakfast cereals a certain flavor, but also contribute to health.