Breakfast cereals are processed from corn, rice, wheat, oats and other cereals. They can be eaten by adding milk (cold food) or boiling for a short time (hot food). 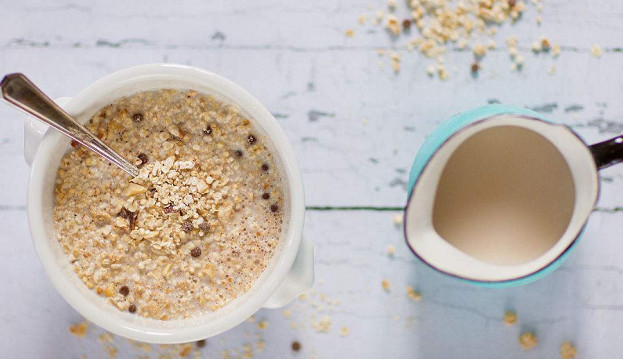 It can be divided into two categories: one is for breakfast cereals that need to be cooked, and the other is for processed, ready-to-eat breakfast cereals. Breakfast cereals in the market are usually the latter. In order to meet the needs of different consumers, breakfast cereals have a variety of tastes, including original taste, sweet taste, fruit taste, cocoa taste, etc. Using different moulds, we can produce circle, spherical, flaky breakfast cereals. The characteristics of this kind of food are: rich and balanced nutrition, rich dietary fiber, healthy, natural quality, easy to eat, diverse varieties, unique taste.

Driven by the screw, the food material is extruded forward under high temperature and pressure, then suddenly released to normal temperature and pressure. The free water contained in it vaporizes sharply under this pressure difference, which changes the internal texture of the material and obtains a porous product of certain shape and size (depending on the die).

This is a low-cost, short-term and high-temperature processing process. It is an important processing technology in the food industry. It has many basic design advantages, shortens the process, reduces the production cost, greatly reduces the labor intensity, improves the texture and taste of the product, improves the quality of the product, and is widely used. Production of starch products and starchy ingredients, such as breakfast cereals, baby foods, snacks, modified starch, etc. In this process, raw materials undergo many chemical and structural changes, such as starch gelatinization, protein denaturation, the formation of complex between amylose and lipid, vitamin degradation and so on.

According to the number of screws, the extruder is divided into single screw, twin screw, multi screw extruder (very few). Single Screw Extruder mainly relies on screw and barrel friction to convey materials. Because the barrel surface is rough, it will produce certain friction, so the energy consumption is high. In addition, the viscous material will often be coking on the barrel during the extrusion process. Compared with single screw extruder, twin screw extruder can overcome the above shortcomings, but also has many advantages such as high adaptability of raw materials, uniform distribution of heat in materials, so it is most widely used in food industry.

In order to obtain the ideal breakfast cereal, besides designing a good formula, we should also understand the influence of production operation parameters on its quality. It is very important to control the parameters in extrusion processing. In the research of food extrusion technology, many parameters need to be considered, such as extruder parameters (screw speed, extrusion temperature, etc.), material parameters (moisture, composition), product characteristics parameters (water solubility coefficient, etc.). If all the key parameters are stable, the continuous production of products with the same quality can be guaranteed.

According to reports, in 1997, the total output value of breakfast cereals in the United States reached 9.2 billion US dollars, and continued to grow at an annual growth rate of 3%. Because of the late start in China, it was not until 1986 that the first oatmeal processing plant was built in Inner Mongolia, which marked that breakfast cereal was formally industrialized in China. After more than 20 years of development, with the popularization and application of extrusion technology in China, many breakfast cereals appeared in the domestic market, such as "Yuehuo five-color fruit and vegetable oatmeal" and "Southern people's ready-to-eat breakfast cereal oatmeal".

However, due to the limitation of extrusion equipment performance and lack of systematic research, breakfast cereal production is in a scattered small-scale, low-level state, and the per capita consumption of milk in China is not very large. People are not very familiar with the method of breakfast cereal food with milk and breakfast cereal food. The benefits of breakfast cereals are not prevalent in China. But it can be imagined that with the development of economy, the improvement of people's living standard, the acceleration of life rhythm and the enhancement of health awareness, the breakfast cereal market will be huge.

Previous page:  Present situation and development trend of drying technology in China
Next page:  The trend of breakfast cereals in China
All Products Contact Now