Research on processing technology and equipment for cashew nuts（1） 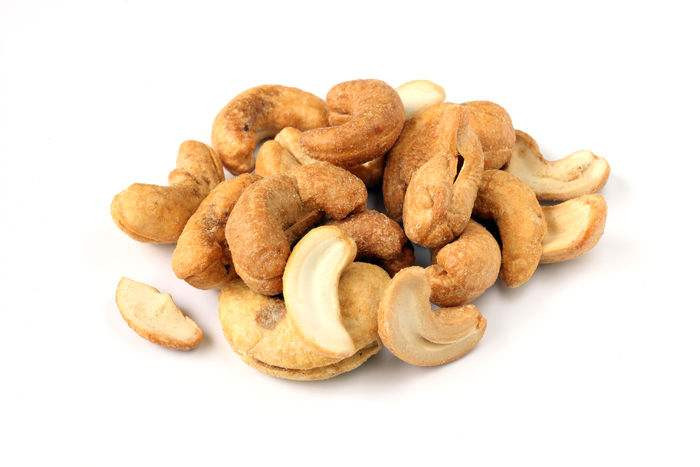 The cashew nut shell is the outer skin of the nut, about 45% of the shell liquid, the shell liquid contains 90% of the cashew nut shell oleic acid, and the carotenol is 10%. It is a dry oil, and the extracted shell liquid is physicochemically treated with aldose or phenolic acid. The resin obtained by the polymerization is excellent in performance. It can be used for advanced paint, color film roll coloring agent, excellent brake car skin, submarine cable insulation material, etc. Cashew processing machine

Hainan Province is China's cashew nut production area. It has planted cashew nuts about 1 2000 ha. Because of low fertilization and low management level, the annual output of cashew nuts is only over 20,000 tons, and the average yield per mu is only over 10 kg. At present, the Hainan Cashew Research Center has successfully cultivated high-yield clones, which will be promoted in production in the future, and it is likely to reach 10 kg per mu during the prolific period. According to relevant statistics, there are nearly 130,000 ha of land suitable for planting cashew nuts in Hainan Province. If one-third of the land is used for planting cashew nuts, the annual output of cashew nuts will reach 50,000 tons.

With the improvement of the living standards of people's livelihood in China, the consumption of cashew nuts is increasing. There are more than ten cashew and fruit processing factories in Hainan and Guangdong provinces alone. The annual processing capacity is over 10,000 tons, and most of the processed cashew nuts are imported.

Previous page:  Development and application of microwave heating in industrial production (2)
Next page:  Research on processing technology and equipment for cashew nuts (2)
All Products Contact Now