Development Status and Countermeasures of Sunflower Industry in China (1) 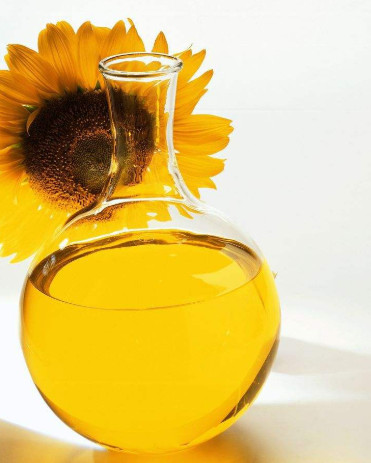 The main problems in China's sunflower industry are: the number of processing enterprises is small, the scale is small; the edible hybrids with high yield, high quality and high resistance to pests and diseases are lacking; The management is extensive, the pests and diseases are serious; the variety update and the transformation rate of the results are slow, the sunflower seed market is chaotic, and the rotation system in some areas is unreasonable. The development status of sunflower industry in China was studied, and the research focus and development countermeasures of sunflower breeding in the future were put forward.

Oil sunflower has become one of the five major oil crops. The development of edible sunflower is faster, accounting for more than 70% of the national sunflower planting area. China's sunflowers are grown in the cold regions of the north, from Heilongjiang to Xinjiang, and are distributed in arid and thin land and saline-alkali land. It is a very good cash crop for farmers to increase their income. Sunflower oil refining.

Sunflower is called sunflower in most areas of China. It originated from the Americas. After being introduced into Europe, it was gradually transformed into an oil crop by ornamental plants. Sunflower is a treasure, both medicinal and edible, and other economic value, according to the type and use can be divided into edible sunflower, oil sunflower and ornamental sunflower.

Sunflowers developed rapidly in the 60s and 70s of the last century and are distributed in more than 40 countries. Russia, Argentina, the United States, Spain, China, Romania, and France are the largest areas. China's sunflowers are mainly distributed in the provinces north of the Yellow River, such as Inner Mongolia, Xinjiang, Northeast China, Shanxi, Shaanxi, Gansu, Ningxia and other provinces and districts. The common varieties in the market can be divided into imported and domestic three-line hybrids, common hybrids, and conventional species.

The main representative varieties: for the foraging, there are three eyebrows, Spark No. 1, DKIl9, DKl88, Mika, Essence, etc.; for oil extraction, there are Deca G101, Jinkui No. 6, and Osmanthus 4, Neikuzai No.1, Longkuiza No.1, Baikuicza No.2, Jikuizai No.1, Liaokuzaza No.3.

The area of sunflower in China is 1.13×106 hectares, with a total output of 1.946 million tons. The area of sunflower is large, mainly distributed in Inner Mongolia Autonomous Region, Xinjiang Uygur Autonomous Region, Heilongjiang Province, and Shanxi Province. China's oil sunflower varieties are abundant, mainly including hybrids such as G101, Australia S31, French F4, F5, as well as Jinkui and Tiankui, which are cultivated in China. The edible sunflower variety is relatively single, and it is still dominated by the old farmer variety Sandaomei.

China's sunflower seed varieties are divided into two kinds of sunflower and sunflower oil, of which 70% is edible sunflower, more than 1 million tons, of which 200,000 tons are used for peeling, and the rest is used for roasted seeds and nuts: 30% of oil sunflower 400,000 tons, mainly used for oil extraction, the annual output of sunflower oil is about 150,000 tons.

Sunflower has become the world's fourth largest edible oil source. Its oil is clear, the micro-soy sauce is yellow, delicious and delicious, and the linoleic acid content is as high as 65%~73.9%. Modern medicine has proved that linoleic acid can excrete excess cholesterol deposited on the intestinal wall, and regular consumption has a good effect on preventing atherosclerosis, hypertension and coronary heart disease. Sunflower oil is rich in vitamin E, vitamin B and carotene, which can prevent cardiovascular disease, delay aging and enhance vitality. Sunflower oil is known as "healthy nutrient oil."