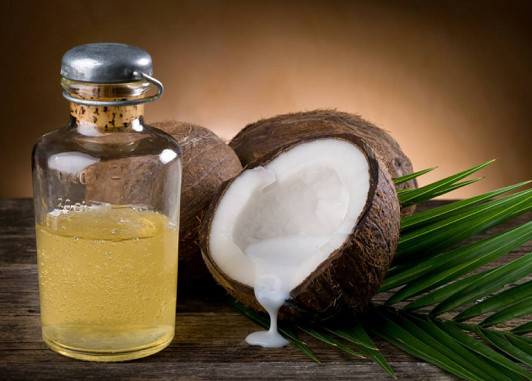 Generally speaking, the crude coconut oil prepared by dry processing needs to be refined into a refining process such as deacidification, degumming, deodorization and the like to make refined coconut oil. Natural coconut oil, also known as raw coconut oil, is prepared from coconut milk as a raw material by freeze-thaw-centrifugation process. It does not need to be refined. The physicochemical properties and sensory evaluation of colorless coconut seed oil

The acid number refers to the number of milligrams of KOH required to neutralize free fatty acids in 1 g of fat.

Generally speaking, fresh fats and oils have less free fatty acids and lower acid value. However, as the storage time is prolonged, the oil will slowly hydrolyze under the action of microorganisms, enzymes and heat to produce free fatty acids, which leads to an increase in acid value.

Therefore, the acid value can be used to measure the freshness of the oil and the appropriateness of the storage method. There was a significant difference in the acid value of the seed oil and coconut oil (p<0.05) and the acid value of the pressed seed oil was the highest (31.79 mg/g), which was about 2.5 times that of the extracted seed oil, which indicated that the seed coat was pressed. The oil has higher free fatty acid content, serious degradation and greater rancidity, and its freshness under the same conditions is lower than that of the extracted seed oil.

The iodine value is the mass of iodine converted from iodine chloride or iodine bromide absorbed per 100 grams of oil. The higher the iodine value, the more double bonds of fatty acids in oils and fats, the more unsaturated, unstable, and easy to oxidize and decompose. Therefore, the size of iodine value reflects the degree of unsaturation of oils within a certain range. It can be seen that the four coconut oils have an iodine value of less than 100, which is a non-drying oil. The order of the size is pressed seed oil > extracted seed oil > refined coconut oil > natural coconut oil, that is, pressed seed oil The content of unsaturated fatty acids is the highest, and the stability is the worst; the extraction of seed oil is second.

The peroxide value is the active oxygen content in a 1 kg sample, expressed in millimoles of peroxide. Often used to indicate whether a sample has deteriorated due to oxidation, it is an indicator of the degree of oxidation of oils and fatty acids.