Potato is the fourth largest crop in the world after wheat, rice and corn. It has strong adaptability and can be planted from subtropical to temperate, with high yield and easy storage. The potato is rich in nutrients, and the fried potato chips are fruit and vegetable products that have been processed abroad for more than half a century and have been popular all over the world. 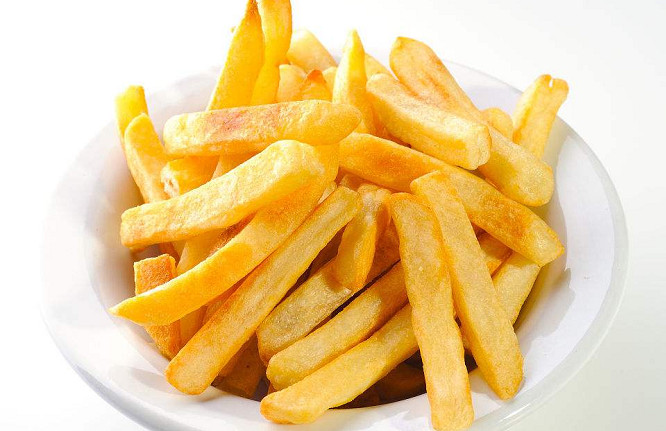 Its nutritional value is mainly reflected in the content of protein, cellulose, vitamins and mineral elements. Although the protein energy of fresh potatoes is lower than that of grain, in terms of nutritional balance, the protein energy of potato is higher than that of stem crops and most grains. Physical and chemical test analysis showed that the fresh potato contained protein 1.8 to 2.3, carbohydrate 15 to 25, and cellulose 1.2 to 17. French fries machine

According to a research report from the US Department of Agriculture Research Center, “As a food, whole milk and potatoes can provide the nutrients needed by the human body.” German nutritionists also pointed out that potatoes are low-calorie, high-protein, multi-vitamin and mineral elements. Food, eating 150 g of potato a day, can inhale 20 of the body's VC, 25 of potassium and 15 of magnesium, without worrying about the body's weight gain. It can be seen that many countries, such as Europe and the United States, advocate the use of potatoes as food and food, and vigorously develop their cultivation and food processing industries.

In recent years, new technologies and new technologies have emerged in an endless stream, and products are constantly developing into varieties that are more in line with modern dietary science theories. Fried potato chips are derived from traditional European and American fried potato chips. The original industrial product was a shallow potato chip strip, also known as a French potato chip strip. Because of its thick film and strip, it is only slightly fried, and the finished product has a water content of more than 10, which is crispy and soft inside, and can be immediately supplied to restaurants. It is exported to the market and needs to be frozen. It can be eaten after being thawed by the consumer for the second time. Later, crispy deep-fried products with a water content of less than 4, namely thin potato chips and fine French fries, appeared. These products are formulated with a variety of solid seasonings, crispy in taste, with different flavors, and can be exported to ordinary packaging, widely used as snacks and snack foods.

As a large potato producing province, Guizhou has the highest planting area and output in the country. According to the statistics in 2007, the planting area of Guizhou potato has reached 613,333 hm2, and the total output is about 8.9 million tons. The basic research work of potato deep processing has also been gradually carried out. Due to the late start and weak foundation, there is still a lot of work to be done in deep processing technology research and transformation of results. Based on this, the author studied the processing of potato, in order to provide a theoretical basis for the processing of potatoes.