In life, eating breakfast just to fill the stomach is strictly unqualified breakfast. To improve this situation, it is recommended to eat spoon sesame sauce at breakfast, black sesame sauce is especially recommended.

First of all, the anthocyanins rich in black sesame skin not only resist aging, but also contribute to cardiovascular health. Secondly, sesame paste is a particularly good calcium supplement food, which is not inferior to milk and cheese. 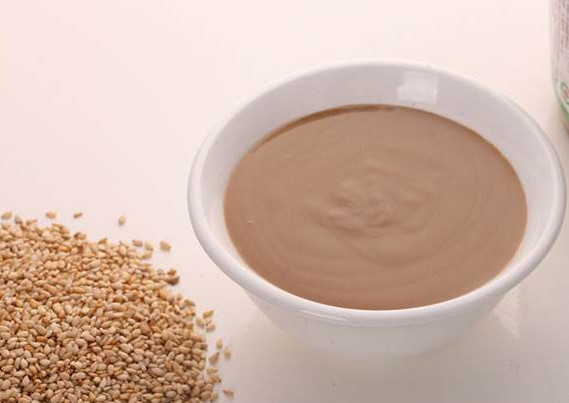 Sesame itself has a hard shell, but the digestive rate is greatly improved by the sesame sauce made by the sesame paste making machine. Once again, sesame paste can also provide rich minerals such as potassium, magnesium, iron and zinc, as well as a large amount of vitamin E and niacin. Finally, sesame is a good source of protein and monounsaturated fatty acids. Therefore, eating a spoon of sesame paste can greatly improve the nutritional status of breakfast.

There are many ways to eat black sesame paste for breakfast, such as smeared in sliced bread, sandwiched in steamed buns, or used to mix cucumber, kale, and oily wheat. It can also be used as a sauce for noodles.

The nutritional effects of sesame have many similarities with fish.

The fish is very rich in nutrients and is among the best in meat. However, it is hard to imagine that ordinary sesame sauce is comparable to the nutrients of fish. They have many similar nutritional effects in dietetic care.

Brain: The rich omega 3 unsaturated fatty acids in fish are known as “brain gold”, which is very beneficial to brain and brain and promote children's intellectual development. Tahini also has a good brain function because it is rich in unsaturated fatty acids like fish. The fatty acid content per 100 grams of sesame sauce is 13 times that of yellow croaker and 33 times that of grass carp!

Heart protection and lipid-lowering: eating fish can protect the heart and cardiovascular. These benefits are also caused by the rich unsaturated fatty acids in fish. The rich unsaturated fatty acids in sesame sauce also have the same effect. A spoonful of sesame paste (about 20 grams), which contains more than half a catty of grass carp and squid!

Nourishing: Sesame sauce is also rich in iron and folic acid. Iron and folic acid are indispensable raw materials for hematopoiesis. Nearly a quarter of people in China suffer from iron deficiency anemia, and it is necessary to supplement iron-rich foods.

Anti-diabetes and high blood pressure: Zinc and potassium are also high in sesame sauce. These two minerals have a good effect in the prevention and treatment of diabetes and hypertension. Zinc is involved in the synthesis and degradation of insulin, and potassium has diastolic blood vessels. Promote the role of sodium excretion, which is conducive to blood pressure and health.

Antioxidant, anti-distortion: There are two kinds of vitamins in sesame sauce can not be mentioned, one is vitamin E, one is folic acid. The former has antioxidant and anti-inflammatory effects, so eating sesame paste often can improve the body's ability to resist disease and delay aging. Folic acid is not only a raw material for hematopoiesis, but also an indispensable nutrient for fetal neural tube development. Women eat sesame sauce every day while they are pregnant, and persist until 3 months of pregnancy to avoid tuberculosis in the fetus.