Study on the Composition of Coconut Oil

In recent years, more and more people have begun to pursue the quality of life, not only to eat well but also to eat well. The benefits of coconut oil are becoming known to us. Coconut oil refining technology is mainly through microwave drying machinery and equipment.

The physical, chemical and physiological properties of various commonly used vegetable oils are determined by their fatty acid composition and the ratio of these fatty acids to glycerol.

The results show that coconut oil contains only so-called medium chain fats (6, 8 and 10 carbon atoms), all of which are saturated fatty acids. At the same time, coconut oil also has a small amount of long-chain unsaturated lipoencephalic acid, especially linoleic acid (octadecadienoic acid). 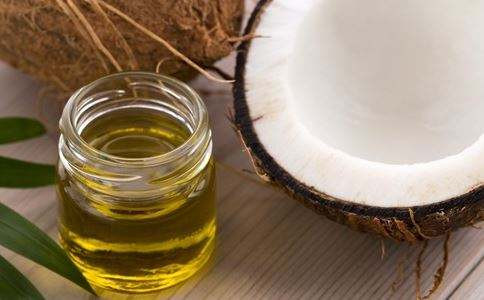 Clinically, coconut oil's unique medium-chain fatty acids make it ideal for easy oxidation, in order to provide energy for rapid absorption by the human body. These characteristics make coconut oil less likely to be deposited as fat in surrounding tissues. The reason why coconut oil is superior to other vegetable oils with high content of long chain saturated fatty acids is that it has the above advantages.

In addition, coconut oil is easy to digest quickly, and the content of vitamin E is quite high. Adding coconut oil to the diet can treat malnutrition in children. Other studies have shown that coconut oil has anti-cancer effects, and dietary blending of hydrogenated coconut oil can inhibit the occurrence of liver disease.

Experiments in mice have shown that coconut oil can prevent and treat colon and breast cancer.

Clearly, coconut oil is a very useful and important ingredient in the daily diet.

In view of the low content of so-called essential fatty acids such as linoleic acid in coconut oil, it is necessary to emphasize a variety of food combinations in the diet. Coconut oil contains only 2.3% linoleic acid, but it can be easily overcome with the help of a variety of foods including fish, chicken, bananas, nuts, tea, cereals, legumes, tubers and tubers, which are commonly eaten. Hyperlipidemia in Sri Lankans and Polynesians

And the incidence of coronary heart disease is low.

This confirms that coconut oil intake as a component of a variety of foods can prevent cardiovascular disease. Other important results concerning coconut oil are as follows:

1. The content of octanoic acid and decanoic acid in coconut oil is very high, which reduces the need for essential fatty acids and compensates for the deficiency of linoleic acid to a certain extent.

Therefore, it can be inferred that coconut oil contains high cholesterol, but the essential fatty acids supplemented by daily diet can eliminate this disadvantage of coconut oil. In fact, despite the fact that coconut oil has been destroyed by some people, evidence suggests that it may be a healthy food in the vegetable oil family.