Study on Extraction of soybean oil 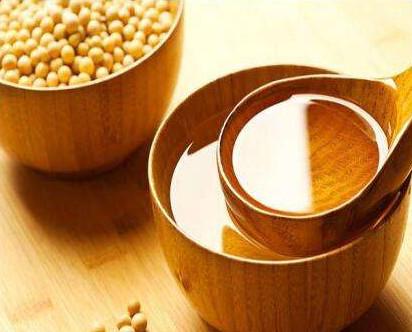 In vegetable oil cells, there are proteins and sugars, which bind to oil and form complex forms such as lipoprotein and lipopolysaccharide. Therefore, oil and protein need to be obtained by enzymatic treatment to destroy the structure of their complexes. Foreign scholars have studied the effect of different pretreatment methods on the oil extraction rate of soybean microwave heating machinery. The results show that after extrusion pretreatment, the extraction rate of soybean oil is obviously improved, and the effect is better than other pretreatment methods.

After extruding the whole-fat soybean flour in soybean oil plant, the internal molecular structure was changed. Under the action of high temperature, high pressure and high shear force, some hydrogen bonds and disulfide bonds were broken, the surface charge of protein molecule was redistributed, the structure of protein was destroyed, protein denaturation occurred [9], and the recognition of protein by enzymes was improved. Sex, in turn, increases the sensitivity of proteins to enzyme attack, which is conducive to the hydrolysis of soybean protein by enzymes, improves the extraction rate of soybean protein after enzymatic hydrolysis, and reduces the formation of emulsions during enzymatic hydrolysis. Dominguez studies showed that the extraction efficiency of oil crops was greatly increased by extrusion and enzyme treatment. Stephanie Jung et al.] The effects of pretreatment methods of low temperature and high pressure dry extrusion on the extraction of soybean tablets by aqueous enzymatic method were studied.

Tano et al. used protease, cellulase and hemicellulase to enzymatic hydrolysis of tallow tree seeds respectively. It was found that the oil yield could be effectively improved by using enzymatic treatment of degradable cell wall. The microscopic structure of tallow tree seeds treated by enzymatic treatment was observed and analyzed by electron microscopy, which indicated that the aqueous enzymatic method was suitable. Shah pretreated by ultrasound and then extracted by water enzymatic method, not only increased the oil extraction rate, but also shortened the extraction time. Pereira et al. systematically studied extrusion technology and applied it to Soybean Water enzymatic process.

Lamsal et al.] The effect of extrusion pretreatment on Soybean Water enzymatic hydrolysis was also studied. It was found that extrusion pretreatment could enhance the interaction between protease and substrate, enhance the hydrolysis effect and improve the oil extraction rate. Extrusion can completely crush the cell wall and contribute to oil release. However, enzymatic hydrolysis with cellulase, protease and a mixture of two enzymes did not improve the oil extraction rate. The reason is that some proteins denatured during extrusion, while some of the oil was attached to denatured proteins. Therefore, the effect of enzyme is not obvious.

On the basis of small-scale and extended experiments, the pilot-scale and cyclic enzymatic hydrolysis experiments of extracting soybean oil by aqueous enzymatic method were carried out. The expected objectives were as follows:

Juliana pointed out that the mass fractions of each component in the enzymatic extraction of soybean oil were 77% of free oil and emulsion, 20% of hydrolysate and 3% of residue.